Circulating microRNAs and its diagnostic relevance 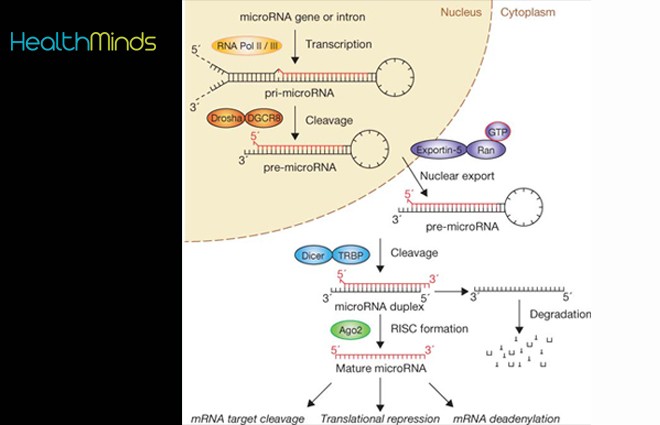 In the year 2006, Nobel Prize was awarded for the Discovery of “RNA interference – gene silencing by double-stranded RNA” by Andrew Z. Fire and Craig C. Mello 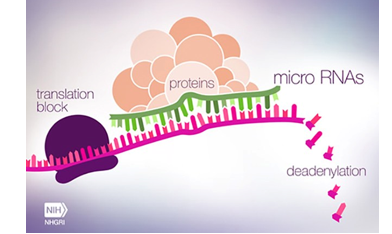 Due to the advancement in nucleic acid research, in recent years, it has become clear that both cell-free DNA and RNA are present in body fluids (serum, plasma, cerebral spinal fluid) serving as a biomarkers in identifying disease status. Further research revealed that MicroRNA (miRNA), a class of small non-coding functional RNA molecule (19 to 24 nucleotides long), is known to play a vital role in repressing translation and regulating degradation of their target mRNA by binding to complementary regions of messenger transcripts. These small RNA molecules act in connection with protein Argonaute (Ago) to regulate gene expression through a microribonucleoprotein (RNP) complex or miRNA-induced silencing complex (RISC). In animals, mature miRNAs predominantly binding to an mRNA target site through partial base pairing, which in-turn involved in translational block. Complete complementarities amongst miRNA:mRNA pairs are uncommon in mammals, but as little as a 6bp match with the target mRNA can be sufficient to suppress gene expression and its protein coding genes.

A variety of cells secrete miRNAs and these molecules correspond to their original source from where they released into circulation. Therefore circulating miRNAs present in human body fluid potentially carry disease-specific information owing to inherent genomic alterations or changes in their local environment. Circulating miRNAs have been identified in bio-fluids, where they are protected by membranes in exosomes and other microparticles, as well as by various proteins and lipids. As a result, miRNAs are highly stable in circulatory system compared to other RNA molecule from degradation, varied pH, temperature etc., and serve as strong blood-based biomarkers in the detection of various biological diseases such as cancer, acute myocardial infarction, stroke, hypertension and neurodegenerative diseases.

MiRNAs are major player in the regulation of diverse cellular processes, such as proliferation, differentiation, cellular migration and apoptosis. In addition, studies have revealed that miRNAs role in cross-talk between signaling cascades, by incorporating transcriptional inputs or by their functional regulatory output on different pathways. Apart from transcriptional regulation, these miRNAs are known to fine-tune and altering activity of cell signaling. Thus, deregulation in miRNAs is often associated with impaired cellular function and disease development, and so miRNAs have potential diagnostic relevance.

Apart from playing a crucial role as molecular biomarker, these miRNAs are also involved in the etiopathogenesis of disease, this may open up further research and this could be implicated in future therapeutics for the better management of patient care. 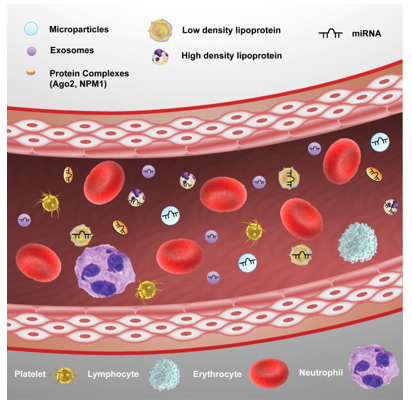