GUT MICROBIOTA: INTERFACE BETWEEN THE GUT AND THE BRAIN 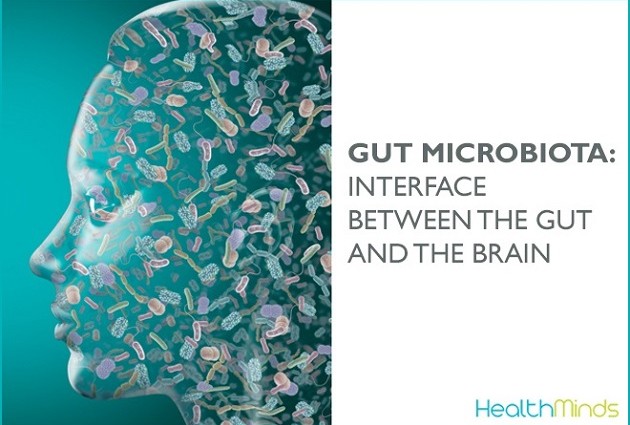 The human intestine is composed of a variety of microbes including bacteria, archaea, eukaryotic microbes and viruses. Around 37-100 trillion of these gut microbiota reside in the intestine. They are seeded at birth and are influenced by mode of delivery and lactation. These microbiomes impact our physiology both in health and in disease state.

Research indicates the presence of bidirectional interaction between the microbiome, gut and the brain via the gut-brain axis (or brain-gut axis). Studies link the variations in the composition, diversity and stability of these gut microbiomes to a broad range of autoimmune, gastrointestinal, metabolic and brain disorders. Till date, there does not exist a “gold standard” for a healthy gut microbiota profile.

Insights from the recent studies point out the pathophysiological role of gut microbes in various disorders from allergic reactions to the psychiatric disorders. The change in the stability and composition of the normal gut environment defines the term “dysbiosis”, indicating an unhealthy gut. Wherein “healthy” and “unhealthy” indicate the diversion of normal gut environment of each individual.

The gut-brain axis refers to the biochemical signalling between the gastrointestinal tract (GI tract) and the central nervous system (CNS). The hormonal, immunological, neural, hypothalamic–pituitary–adrenal (HPA) axis and the enteric nervous system also play a role in governing the gut functions. Neurotransmitters including acetylcholine, catecholamine, histamine, serotonin, melatonin and y-aminobutyric acid are essential for regulating peristalsis and sensation in the gut.

Diet, drugs, stress and various diseases result in dysbiosis which affects the brain function as a result of changes in the circulating cytokine levels. The gut flora and stress stimulate the vagus nerve and HPA axis leading to systemic effects.

Environmental risk factors and gut flora disturbances promote immunoinflammatory response and neurologic disorders. Parkinson’s disease and multiple sclerosis patients have been identified with biomarkers, for various lipopolysaccharides and antibodies for different antigens, indicating increased intestinal permeability indicating a leaky gut. Propionic acid, a by-product of bacterial over growth, has been found to be linked with autism spectrum disorders.

Increased age results in changes in the gut flora which reflects the age-related neurodegeneration. Alzheimer’s disease, a neurodegenerative disorder of the old, is marked by reduced levels of brain-derived neurotrophic factor (BDNF) – neurotrophin. Neurotrophin protects healthy brain cells which undergo degradation in its absence. Studies indicate, healthy dietary patterns promote and protect cognition in the elderly when compared to unhealthy diet.

Animal studies indicate reduced psychiatric illnesses, like anxiety and depression, in rats ingested with microbiome rich diet. The gut microbiota influences serotonin and its precursor tryptophan, which regulate cognition and stress response. Therefore, the gut flora contribute to the psychiatric disorders in general and depression in specific. Further detailed studies are warranted to establish these correlations.

Exercise improves the gut as well as brain health. One of the studies performed, shows evidence of higher levels of BDNF in subjects who exercised one to thirty times a month to subjects who did not exercise at all and extreme exercisers.

Antioxidants prove to be beneficial in degrading the highly reactive free radicals produced by the gut microbes. Fibre rich food lead to fiber fermentation in the colon during digestion of healthy food and result in anti-inflammatory benefits.

Further studies targeting on the gut-microbe-brain interactions are required to provide detailed insights and embark on advanced treatments to maintain health in general and mental health in particular.