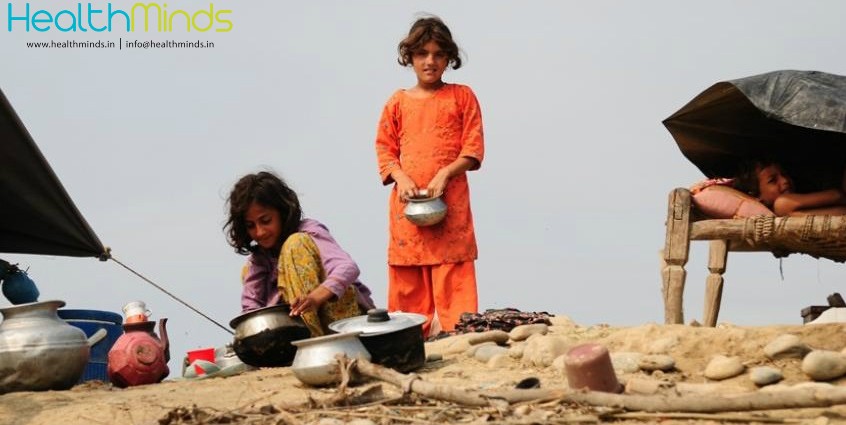 India has one of the highest demographics of children suffering from malnutrition.  44% of children under the age of 5 are underweight and almost 75% of the children suffer from anemia. In Madhya Pradesh in India, 74% of the children under 6 have anemia. The major cause of malnutrition in India is economic inequality.  Most of the mothers in the country are malnourished and they give birth to underweight children. Malnutrition not only leads to higher chances of pneumonia and tuberculosis in children but also weaken the physiological system of the body. Malnourished people are unable to work properly, and this further leads to economic problems. One of the problems associated with malnutrition is a lack of protein in the diet. On account of religious reasons, women from many poor households avoid taking meat or egg and are therefore malnourished during pregnancy.

On 15th of August 1995, Government of India started its mid-day meal scheme to manage the problem of malnutrition. Apart from this, happy wheels demo  Food for Life Annamrita run by ISKCON Food Relief Foundation and the Akshaya Patra Foundation run the world’s largest NGO-run midday meal programs, each serving freshly cooked plant-based meals to over 1.3 million school children in government and government-aided schools in India. These programs are conducted with part subsidies from the Government and partly with donations from individuals and corporations.  Department of Women & Child Development had formulated a National Plan of Action for Children and had instructed all the state governments and the Union territories to implement the action plan. Objectives of National Rural Health mission which was established in 2005, has been implemented by Government of India to improve the quality of life in people living in the rural areas focusing on children and women in particular.  The main goals of the mission are to reduce infant mortality rate and maternal mortality rate, to improve access to public health facilities and to improve the primary healthcare system in the country.