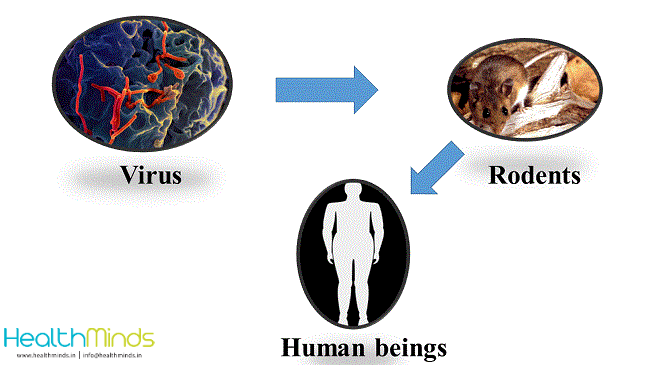 Viruses are most deadly pathogens on the earth. Even though they are minute, they can prey on a very big mammals. Interestingly, they cannot even survive on their own; they infect and multiply on host. Humans are battling against viruses to neutralize them, but new virus pops up in someplace routinely.  Numerous viruses have been discovered by the microbiologists till date. Among them, the top five deadliest viruses on the earth are:

Marburg (Marburg Marburgvirus) is a rare and fatal viral pathogen belonging to filoviridae family. It was discovered in Germany (1967) and is known to cause hemorrhagic fever and severe headache. Marburg is an extremely life-threatening virus. Symptoms appear between 5 and 7 days. These are the supreme infectious viral pathogens of human beings known till date. These viruses are transmitted by the exchange of tissues and body fluids of infected individuals. Clinical management of Marburg is mainly through general supportive therapy but the death rate accounted till date is 90%.

Ebola virus is the second known life-threatening virus on the earth with five different viral strains, previously known as Zaire Ebola virus. The symptoms include severe hemorrhagic fever and frequent fatal illness. It was first identified in Central Africa and is expanding around the major urban as well as rural areas. It has a mortality rate of 80%. Infection is transmitted initially through animals to human beings and further within human population. No vaccines or nullifying treatment has been developed yet, but early spotting and necessary care happy wheels demo with symptom-based treatment can improve the survival frequency.

Hanta virus is also among the hemorrhagic fever-causing third lethal pathogens on the earth and belongs to the bunyaviridae family. Fatal diseases caused by hanta virus are hemorrhagic fever with renal syndrome and hanta pulmonary syndrome. Discovered in South Korea, it was first isolated by K.M Johnson and Wang Lee. Transmission within human populations is unclear but rodent excreta might be the carrier to humans. Till today, no commercial vaccine is available but ‘hantavax’ vaccine for hanta virus is under developmental stage. Treatment is based on symptom-related supportive treatment.

Lassa viruses belongs to Arenaviridae family and causes hemorrhagic illness without apparent symptoms. Although virus was discovered at Western Africa in 1950, the disease caused by Lassa virus was first identified in 1969. These are mainly known to cause zoonotic diseases i.e., transmittance is through infected animals. These viruses cause Lassa fever, which is characterized by fever, weakness, headache, vomiting, cough etc. Clinical management in early phase is difficult but usually treated with antiviral drugs such as ribavirin; however, no commercial vaccine is offered.

Rabies is a well-known contagious viral pathogen belonging to rhabdoviridae family and is transmitted mainly through dog bites. These viruses occur in 150+ countries and predominantly children are the most usual preys. Rabies infects on various mammalian animals and transmitted to humans by bites and scratches. Vaccinating the dogs can reduce the death rate. Pre-exposure to immunization through vaccines is recommended for humans.