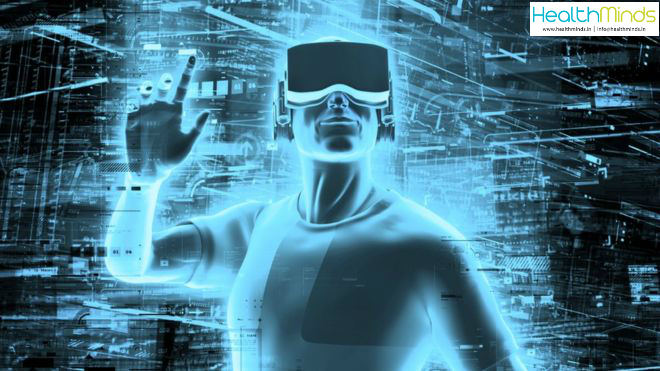 Technology is moving at an express pace. Things that seemed only imaginable and near impossible decades ago have not only come into being but have also found their way into the hands of common man.

Our realities are defined by our perception of what we see, what we feel and smell. Our senses guide us to experience what we know as our reality.  In the event that our senses were fed an illusion, our reality would then be defined by that illusion. In virtual reality (VR) a make believes 3-dimensional world is created with the help of computer technology. A user interacts with the virtual world with a head gear. In this virtual world, the user can operate objects and execute various actions.

Augmented reality (AR) the brother from another mother, is similar to virtual reality and yet different. Here, images are created within applications that blend with the real world in such a way so as to augment one another. In AR the user engages with the virtual content in the real world and is able to differentiate between the two.

Both AR and VR serve to heighten the experience for the user.

The main difference lies in the fact that while using AR you will be in touch with the real world whereas in VR this does not happen. When an individual uses VR he is disconnected from the real world while being submerged in a fictitious environment. VR basically creates a reality of its own that is entirely computer generated. Contrastingly, augmented reality amplifies the experience by an addition of virtual components like graphics, digital images, as a new level of contact with the real world. The VR mainly comprises of a head gear and two controls (joysticks).The headgear has a lens and the volume controls while the joysticks are used for navigation. Each controller has a trigger, touch pad, and a grip. The head gear is of two types –mobile and tethered. VR is used in gaming, entertainment and 3D movies.

In Augmented reality, technology is used to superimpose information onto the world that we see and hear rather than being immersed in a virtual world. Augmented reality is basically an addition to the already existing reality.

In healthcare, VR can help in training doctors or other healthcare professionals in various procedures. The best practices can be visualized by the medical professionals throughout the world without actually standing in the OT as live streaming of surgeries can be done. In colleges, it is also used to teach human anatomy by a virtual tour of the body.VR also helps to ease phobias by exposing the user to a controlled environment with their phobias. The same concept is used in the treatment of PTSD. Mindmaze blends VR and AR to help stroke victims and those suffering from Parkinson’s as a form of rehab. The set up tricks the mind to visualize their movement which in turn teaches the brain the movement again. AR is used as a scanner technology in locating veins for IVs. AR has also been used in ophthalmology as a patient education resource

Various challenges still remain for large scale adoption of virtual and augmented reality. However, with the ongoing developments, the future of VR and AR seem very bright.